After finding out the power supply for the arcade cab is dead I've decided to ditch the main MVS board and screen and fully convert it to a MAME cab. While I like the idea of keeping it original I would have probably got bored just playing the 2 games or spend too much money on new carts.

Anyway - for better or for worse it gonna be a MAME cab so the first issue was always going to be "How many buttons?". Neo-geo cabs come with 4 buttons as standard which just isnt gonna cut the mustard when it comes to Street Fighter II :)

Theres also the issue of hooking the controls up to a PC, the whole point of having an arcade machine is the authentic microswitched push-buttons. After a bit of research I have decided on an IPAC2 and some more buttons. Since the IPAC2 can support 8 main inputs per player I think I'll go with that. Just need to decide on the layout.

Since theres no need for the existing MVS board and screen I took those out today. Luckily when I bought the cab the guy also gave me a 19" old-school CRT monitor. Since its the same size as the original screen I thought it would just be a straight swap. It wasnt. It took a good few hours hacking bits of wood up but I finally managed to get it sitting at the right height: 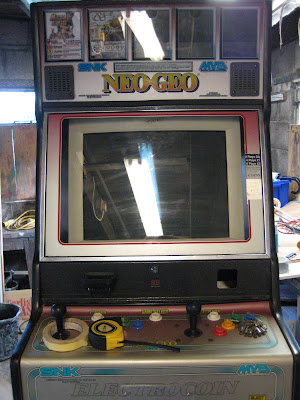 The only issue is the rear: 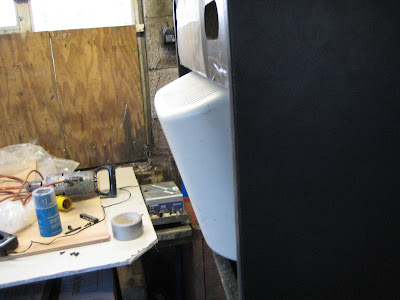 Taking the plastic housing off the monitor isnt really gonna help, theres a metal cage behind it so my only option will be to extend the rear of the cab by a few inches. Shouldnt be too hard and hopefully wont spoil the look of the cab.

Next up is gonna be rewiring the rats nest of cabling into the IPAC2 and PC: 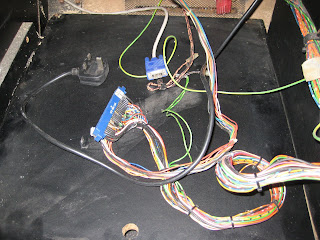